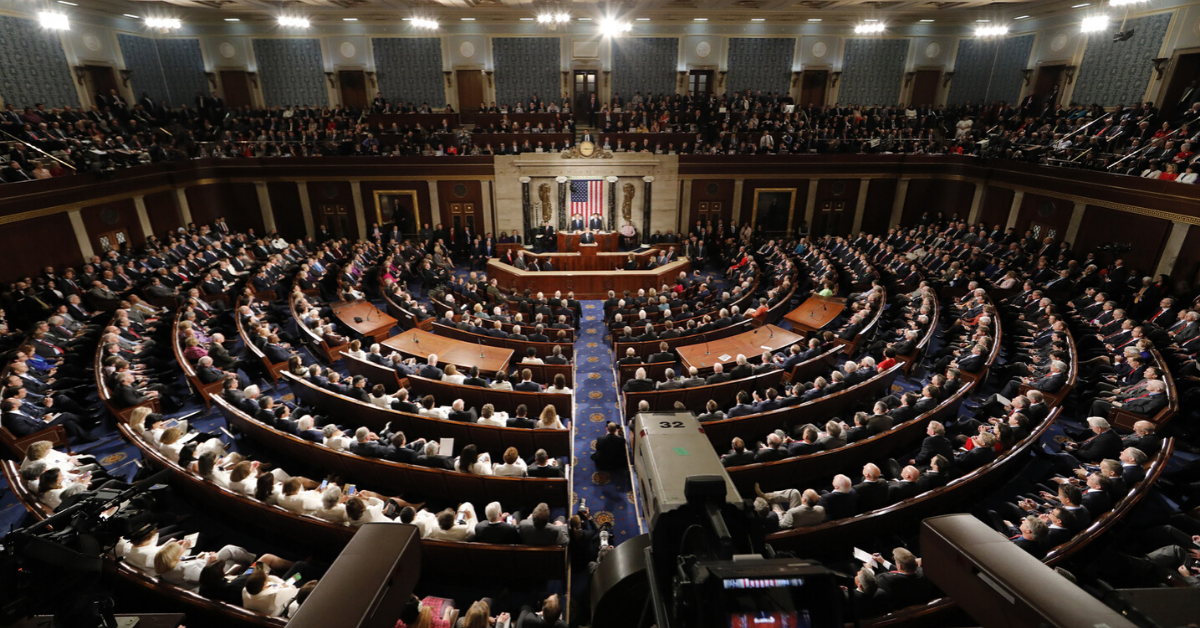 CA-25 – The vacant Palmdale/Simi Valley seat heads to a special election on May 12 in north Los Angeles County. State Assemblywoman Christy Smith (D-Newhall) and Republican retired Navy fighter pilot Mike Garcia (R) advanced from the special primary into the stand-alone mail-in special general. Regardless of the outcome on May 12, these two candidates will advance into the November general election to determine who will represent the politically marginal district in the next Congress.

The special election has moved from Lean Democratic into the toss-up category as a result of recent polling that projects Mr. Garcia owning a small lead and because of the partisan turnout numbers in the regular primary. The latter statistic actually found more Republicans voting than Democrats.

GA-7 – In 2018, this Atlanta suburban seat featured the closest raw vote margin in the nation, as incumbent Rep. Rob Woodall (R-Lawrenceville) defeated state legislative staff member Carolyn Bourdeaux by just 419 votes. This year, with Rep. Woodall retiring, Ms. Bourdeaux returns but must top five other Democratic candidates including a state Senator, state Representative, and former Fulton County Commission chairman. Therefore, the May 19 Democratic primary, now moved to June 9, will be competitive and the possibility of advancing to an August 11 runoff election certainly exists.

Republicans may be more likely to move into a runoff than the Democrats, however. Seven candidates are in the field, only one of who is an elected official. More on this race as it develops, but we will probably see tight elections in both primaries and almost assuredly in the general election.

IA-2 – In a 2020 open seat election in this southeastern Iowa congressional district, the Republican challenge is at least as difficult as opposing seven-term incumbent David Loebsack (D-Iowa City), who is now retiring. Democrats have already coalesced around ex-state Senator Rita Hart (D-Wheatland), a soybean farmer and former educator from Clinton County. In 2018, Ms. Hart was the Democratic nominee for Lt. Governor on the ticket that businessman Fred Hubbell lost in a close race to Gov. Kim Reynolds (R). It is an unusual situation when an incumbent party must defend an open seat and winds up with an unopposed candidate in the primary, but that is what has occurred here.

The likely Republican nominee is once again Ottumwa physician Mariannette Miller-Meeks, back for her fourth try for the congressional post, but this time as a member of the state Senate. She is favored to defeat former Illinois Congressman Bobby Schilling and three others in the June 2nd Republican primary. In her three previous congressional races, Dr. Miller-Meeks averaged 44.0% of the vote, with a high of 47.4% in 2014. We can expect a competitive race here but ending with a similar result. Ms. Hart is the favorite to succeed Rep. Loebsack even though President Trump is again likely to win the district.

TX-23 – While it’s probable that the nominees in both parties will start with approximately 48% of the vote in this habitually swing west Texas district anchored in San Antonio and stretches clear to El Paso, in this current election the scales seem weighted toward the Democratic column. Gina Ortiz Jones, the 2018 Democratic nominee who held retiring incumbent Will Hurd (R-San Antonio) to a 926-vote win, returns for a run at the open seat and easily won the Democratic primary on March 3.

With career Navy veteran Tony Gonzales* and homebuilder and retired Air Force officer Raul Reyes headed to a July 14 runoff, and Ms. Jones already raising more than $2.6 million at the end of 2019, she clearly becomes the favorite for the November election.

MT-AL – With Rep. Greg Gianforte (R-Bozeman) running for Governor, this seat comes open again in 2020. With various incumbents running for different offices during the past several elections, this will be the fourth time since 2012 that this statewide congressional district will run as an open seat.

The June 2 primary, now being conducted as an all-mail procedure, will likely see State Auditor Matt Rosendale, the 2018 Republican US Senate nominee, topping Secretary of State Corey Stapleton and four others, while former state Representative and 2018 congressional nominee Kathleen Williams is expected to defeat Missoula state Rep. Tom Winter in the Democratic primary.

Already raising over $1 million at the end of 2019, Ms. Williams will again make the general election competitive. With President Donald Trump leading the Montana ballot in what will be one of his strongest states, the GOP nominee should still be favored in November.

NY-2 – Rep. Peter King (R-Seaford) is retiring after serving what will be 14 terms at the end of this Congress, and the candidates look to be already set for November. The Republican establishment has lined up behind state Assemblyman Andrew Garbarino (R-Bayport) who also already has the Conservative, Independence, and Libertarian Party ballot lines. State Assemblyman Mike LiPetri (R-Massapequa Park) is still in the race, but him winning the June 23 Republican primary would constitute a major upset at this point.

Conversely, Democrats have fallen strongly in line behind Babylon Town Supervisor Jackie Gordon, who was in the race before Mr. King decided to retire. The 2nd District remains marginally Republican, and with a united party behind Mr. Garbarino, he appears to be the man to beat in November.

NY-27 – Republican state Senator Chris Jacobs (R-Buffalo) is in one of the most unique situations in recent political memory. On June 23, Sen. Jacobs will be on the ballot for the special election to replace resigned Rep. Chris Collins (R), but also running in the regular primary election for the succeeding term. Such is not particularly unusual, but the difference is he will be running against different opponents in the two elections. Sen. Jacobs will be facing former local town Supervisor Nate McMurray, the 2018 Democratic nominee who held Rep. Collins to a one-point victory, in the special election.

Also, on the same ballot, Sen. Jacobs has to win a Republican primary against two significant opponents, Erie County Comptroller Stefan Mychajliw and ex-local town judge Beth Parlato, in the regular election. Therefore, he will have to craft different messages for different races on the same day before almost the same electorate. Such will be difficult, to say the least.

This is a race worth watching. The Republican nominee should win here, but the confusion among GOP voters as to message and candidate could give McMurray the opening he needs for an upset.

TX-22 – This south Houston suburban/rural district is now the most over-populated district in the state as the number of residents creeps toward 1 million. Former US Foreign Service officer Sri Preston Kulkarni, the 2018 Democratic nominee who held now retiring Rep. Pete Olson* (R-Sugar Land) to a 51-46% re-election victory, won the Democratic primary outright on March 3. Ft. Bend County Sheriff Troy Nehls and businesswoman Kathaleen Wall advance to a runoff election that has now been moved from May 26 to July 14.

Republican turnout exceeded that of the Democrats in the primary, but the CD is not as reliable for the GOP as it was at the beginning of the decade. This race will draw national attention, but the numbers suggest the eventual Republican nominee should still hold the seat after what will be an expensive campaign.

TX-24 – In this competitive race it is the Democrats who are forced into a runoff election and the Republicans who nominated a candidate in the March 3rd primary. Former Irving Mayor Beth Van Duyne is the new GOP standard bearer, while retired Air Force officer and 2018 Texas Agriculture Commissioner nominee Beth Olson and local school board member Candace Valenzuela must battle each other in a July 14th Democratic runoff election. This is another metro Texas district that is moving toward the Democrats as retiring Rep. Kenny Marchant’s* (R-Coppell) 51-48% win percentage in 2018 indicates. An energized Republican nominee with more time and a longer history within the district should give the GOP a decided edge come November.