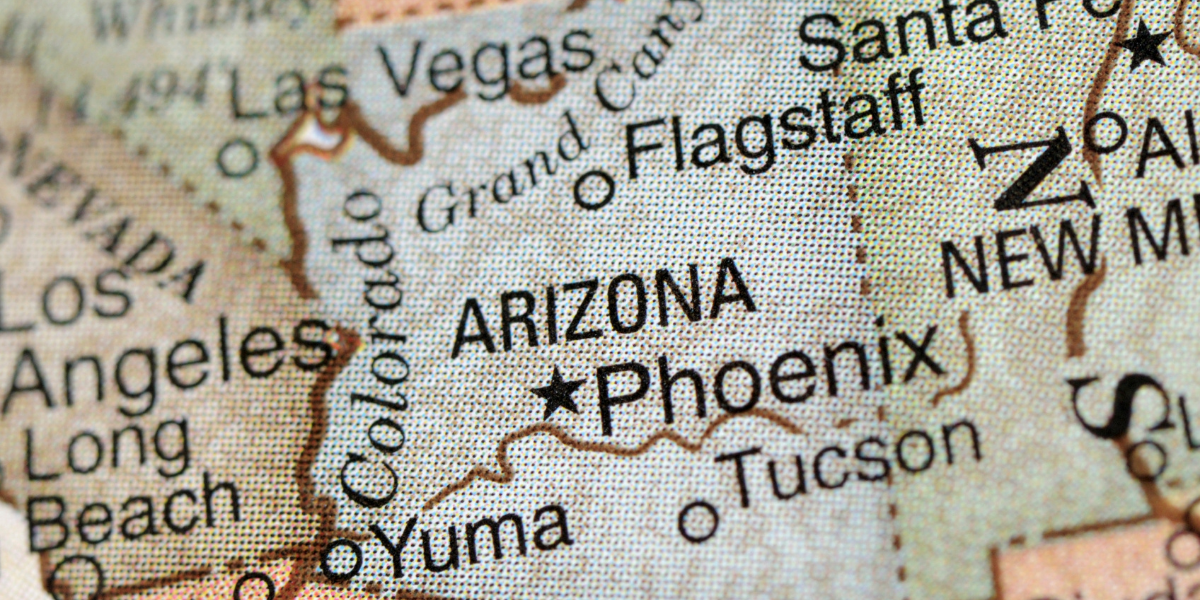 The Club for Growth released the results of their new Arizona Republican primary poll last Friday, and it draws attention to a race that should become a top tier 2022 campaign.

As you will remember, Sen. Mark Kelly (D) won the special election in November to fill the balance of the late Sen. John McCain’s (R) final term in office. Therefore, he again comes before the voters in this election cycle to stand for a full six-year term. Mr. Kelly, a retired astronaut and husband of former Arizona Rep. Gabrielle Giffords (D), defeated appointed Sen. Martha McSally (R), 51-49%, in a result much closer than the polling predicted.

WPA Intelligence conducted the Club for Growth 2022 poll during the April 5-6 period of 505 likely Republican primary voters via live interview. They tested Rep. Andy Biggs (R-Gilbert) against Gov. Doug Ducey. The results found the Congressman holding a 46-45% lead over the Governor and, in what seems to be a clear indication that base Republican voters still follow ex-President Donald Trump’s lead, the margin swells to 59-32% if the latter man endorses Rep. Biggs.

It is important to note, however, that Gov. Ducey has already announced that he is not running for the Senate. National Republican leaders are attempting to convince the Governor to reverse his decision, but his entrance in the Senate race, at this point in time, appears highly unlikely. Rep. Biggs has not given a firm public indication if he will become a statewide candidate.

Currently, the only Republican to announce for the Senate is software engineer Rob Paveza. While the pace of this eventual competitive contest is slow in the early going when compared to states such as Ohio, Pennsylvania, and North Carolina, a full year remains before candidate filing closes in Arizona, a state that hosts an August primary.

Sen. Kelly was one of the top fundraisers of the 2020 election cycle, obtaining more than $101,000,000 for his campaign committee. Only Georgia Senators Jon Ossoff (D) and Raphael Warnock (D), who both were forced to compete in general election runoff campaigns, and South Carolina’s Jaime Harrison, the current Democratic National Committee chairman, raised more. Already for 2022, Sen. Kelly announced that he pulled in $4.4 million during the first quarter of this year.

While combined candidate spending in the 2020 Arizona reached approximately $175 million not counting substantial independent expenditures, we can be certain that money won’t again be much of an object in 2022 certainly for Sen. Kelly, and highly likely for whoever becomes the Republican nominee.

The Senate polling proved interesting here in 2020 in that it differed relatively substantially from the numbers derived from the presidential race. Mr. Kelly held the lead throughout the entire polling cycle, most often by definitive margins, and the nine surveys taken in the last few days of the previous campaign projected a stronger Democratic victory than the actual two-point spread. The nine polls from a like number of unique pollsters predicted a mean average 5.4 Democratic percentage spread with a median of 6 percent.

Arizona polling in the presidential race swung across the board in the final week, posting leads as large as six points for eventual winner President Joe Biden and four for former President Donald Trump. In the end, the race was decided by just over 10,000 votes from more than 3.387 million ballots cast and the pollster average of Biden +0.9 for the final week was actually close to the final result, even though the numbers were quite inconsistent because of the surprisingly wide swings.

Again, we saw, at least for the Senate race, that the pollsters underestimated Republican strength by several percentage points as they did in most campaigns throughout the country.

Though Arizona is changing and trending much closer to the Democrats when overlaid with Grand Canyon State electoral history, Republicans are still highly competitive here and with a strong nominee the 2022 Senate contest will once more likely post a tight finish.

Today, Sen. Kelly is clearly the favorite for re-election, but we can count on an interesting campaign to soon develop.