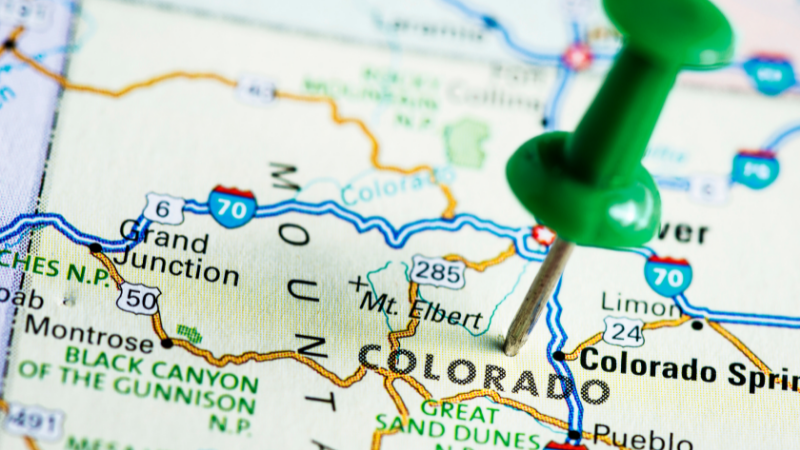 The Colorado Independent Redistricting Commission, using only Census Bureau estimates because no state has yet received its census tract information and won’t until at least August 15th, released a preliminary new eight-district US House map yesterday

Colorado is one of the states that gained a congressional seat under the 2020 national reapportionment.

The published Commission map will not be the final version because population estimates and statistical sampling cannot be used for redistricting purposes per a 1999 US Supreme Court ruling (Department of Commerce v. US House of Representatives). Therefore, if this map is to become the basis for the actual plan, it will have to be adjusted after Colorado is presented with its census tract data.'

This is the first redistricting cycle where Colorado has opted for the commission process. The new congressional map looks similar to the current seven-district design, in that the basic configurations of the seats and anchor population centers remain consistent with the notable exception of Rep. Ed Perlmutter’s (D-Arvada) current 7th District.

What appears designed as the new seat, District 8, takes a key population center from the 7th, the Arvada-Westminster-Thornton corridor, and makes it the new 8th CD anchor. This means the new 8th begins just north of Denver in Adams County and consumes about 85% of the local entity before moving slightly west to capture small Broomfield County and parts of Jefferson and Boulder counties. It then continues northeast to encompass a portion of Weld County.

This draw puts Rep. Perlmutter in a potentially difficult political situation. The new district effectively splits his current constituency. If he runs in the seat that houses his home, Arvada in the new 8th, then the western portion of his current district, which anchors the new District 7, becomes a highly competitive seat and one a Republican candidate could conceivably win.

The new 8th District appears as the more Democratic of these two seats, mostly because what is clearly Rep. Perlmutter’s political base in the Arvada-Westminster-Thornton corridor, that lies between Interstates 25 and 70, is wholly placed in the new district.

If Mr. Perlmutter decides to seek re-election in District 7, then he invites a much more difficult political challenge than he would have in District 8. Since his home would lie in District 8, he could not fairly be labeled a “carpetbagger” or “district shopper,” referring to one who moves to find a more favorable place to run, because he would simply be running in the district where he resides.

Freshman Rep. Lauren Boebert (R-Silt) appears to be a winner under this draw. The largest Democratic base vote in her current 3rd District lies in Pueblo County, located due south of Denver and Colorado Springs. This entity is removed from the new 3rd and placed in GOP Rep. Ken Buck’s (R-Windsor) eastern Colorado District 4. Other more Democratic areas, though smaller including Vail in Eagle County, were added to new CD 3 from current District 2 (Rep. Joe Neguse-D), but the overall change in the Boebert seat significantly improves the district from a Republican political perspective.

To reiterate, this preliminary map will undergo change, and probably significantly so, after public testimony is recorded and the inside lobbying of commission members commences. Therefore, the politics of redistricting will never be completely eliminated from the map drawing process. This first effort, however, suggests that the commission members are largely following geographic and population patterns and not drawing any particularly obvious political scheme.

It remains to be seen how the final Colorado congressional map compares with this first effort, but we now have a glimpse into the commissioners’ thinking and just where the new 8th District may land.

Below is a link to the preliminary map draw: