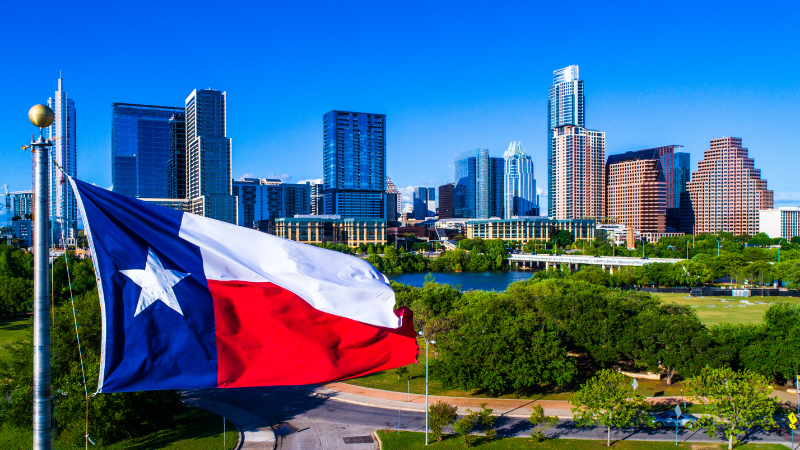 While polling and endorsements suggested a Wright victory – the most recent public poll from American Viewpoint released last week projected Ms. Wright holding a ten point, 44-34%, advantage – the Ellzey win should be viewed as a mild upset. This is the third election in the four in which Rep-Elect Ellzey was a candidate where he considerably exceeded expectations.

Jake Ellzey, an airline pilot, rancher, and Iraq and Afghan War veteran, first came on the political scene with a surprising second place finish in the 2018 open seat 6th District congressional primary, forcing then-Tarrant County Tax Assessor Wright into a secondary runoff election. Mr. Wright was viewed as a clear favorite in the follow-up vote but managed only a 52-48% win, with Mr. Ellzey again out-performing polling and projections. He then immediately came back an easily won an open seat primary and general election in a safe Republican state House of Representatives district.

Several noteworthy points came from the race. First, turnout was very low, only a 38,994 unofficial participation figure. This compares to 78,374 cast ballots in the special jungle primary for a drop-off rate of just over 50%. Considering this was a double-Republican runoff and Democrats had little reason to vote since they had no candidate, such a small return voter figure is not particularly surprising.

Second, the early vote and election day vote proportion were virtually identical. Both Rep. Ellzey and Ms. Wright doubled their early vote total almost exactly. Conversely, in the jungle primary, Mr. Ellzey recorded over 70% of his total vote in the early phase, while Ms. Wright drew only 42% of her aggregate share from those voting prior to election day. Therefore, Mr. Ellzey significantly improved his election day operation.

Third, the big change from the jungle primary to the runoff election was the vote from Tarrant County, the district’s largest local entity. In the initial election, Ms. Wright ran strong in rural Navarro County and Mr. Ellzey did likewise in his home county of Ellis. This pattern remained consistent last night.

In the primary election, Ms. Wright carried Tarrant County while last night, however, Mr. Ellzey reversed the trend and scored a 53-47% win here, which was a microcosm of the districtwide total. This large county total also provided the lion’s share of Mr. Ellzey’s victory margin.

The result was also a loss for former President Trump who strongly backed Ms. Wright, as did the Club for Growth organization who spent well over $500,000 in her support. Former Texas Governor and Trump Administration Energy Secretary Rick Perry, however, was a strong backer of Mr. Ellzey as was former 6th District Republican Congressman Joe Barton who represented this region for 34 years, retiring in the 2018 election cycle.

Ms. Wright was viewed as a relatively poor candidate both from a fundraising and campaign stump perspective. In this regard, reconfiguring the seat around a new Congressman Ellzey will likely be an easier task for the Republican redistricting team as well as the National Republican Congressional Committee since he likely has wider appeal and is a stronger proven vote-getter.

Furthermore, it is unlikely that Mr. Ellzey will face meaningful Democratic opposition in a newly drawn seat that will likely be significantly more Republican than the current 6th District configuration, so last night result could well pave the way for TX-6 to again become a safe Republican domain.

With the Texas special now in the books, we look ahead to the two Ohio partisan primaries in Districts 11 (former Rep. Marica Fudge-D) and 15 (former Rep. Steve Stivers-R) that will occur next Tuesday, August 3rd.

The Ellzey victory will increase the House Republican Conference to 212 members as compared to 220 for the majority Democrats.