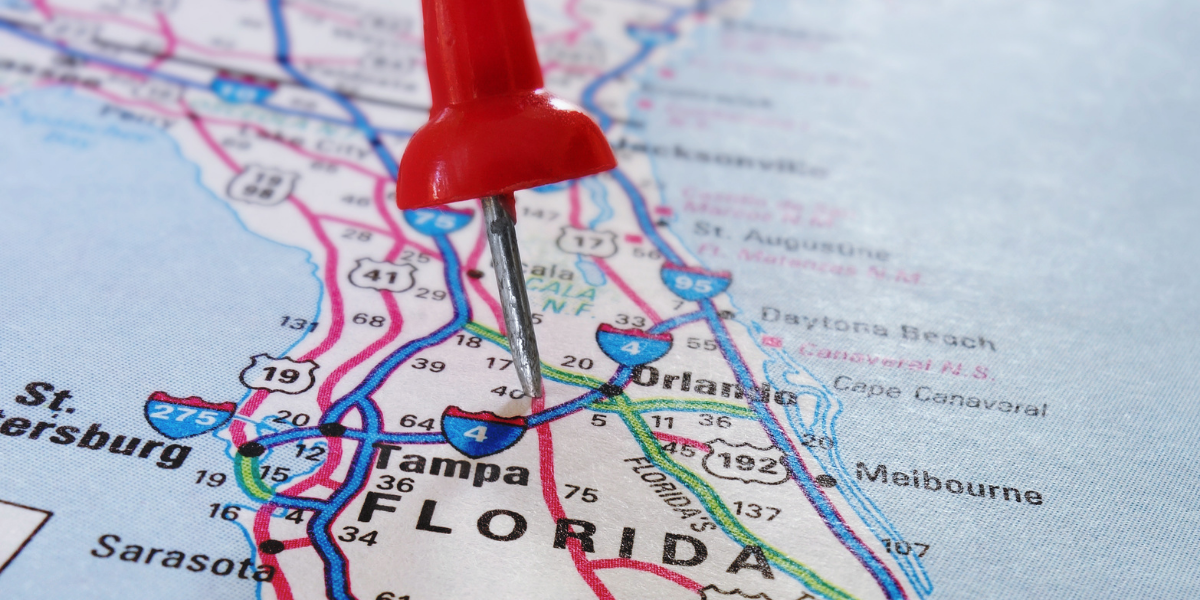 Florida Gov. Ron DeSantis (R) is quickly becoming a national talking point with regard to the 2024 presidential campaign, but he first must further prove himself with a 2022 re-election victory in the always politically close Sunshine State.

At the annual Conservative Political Action Conference (CPAC), Gov. DeSantis was clearly the choice of the conservative base as a potential heir apparent to former President Donald Trump.

In the future presidential straw poll, Mr. Trump placed first among the several thousand individuals who participated. He took 55% of the first place ranked choice votes. Gov. DeSantis was a clear second pick, however, with 24%. Without Mr. Trump in the field, it was Gov. DeSantis running away with the lead, capturing 43% with South Dakota Gov. Kristi Noem a distant 11% second place finisher. Donald Trump, Jr. followed with 8% support.

Just after CPAC, Mason-Dixon Polling & Research released the findings from their Florida poll conducted during the February 24-28 period. The organization surveyed 625 registered Sunshine State voters through a live interview process.

According to the M-D results, Gov. DeSantis’ job approval rating has improved to 53:42% favorable to unfavorable, a net 15-point gain from his standing in the July 2020 M-D survey that found him saddled with an upside-down ratio of 45:49%.

The job approval ratings are a precursor to his ballot test standing opposite a prospective Democratic gubernatorial nominee, of who the two leading choices appear to be State Agriculture & Consumer Affairs Commissioner Nikki Fried and US Rep. Charlie Crist (D-St. Petersburg) who may make his third run for Governor.

From 2007-11, Mr. Crist was Governor of the state, but served as a Republican. He switched parties after a failed run for the US Senate as an Independent, and won the Democratic gubernatorial nomination in 2014, but lost to then-Gov. Rick Scott (R) in the general election.

The Mason-Dixon poll finds Gov. DeSantis leading Ms. Fried in a hypothetical 2022 gubernatorial general election, 51-42%, while faring a net two points better opposite Rep. Crist, 52-41%. Considering that typical Florida elections always fall into the toss-up realm, posting double-digit leads against the two leading Democrats suggest Gov. DeSantis is riding high not only with national Republicans, but also within his own state.

Even potential candidates in other states were lauding Gov. DeSantis. Ohio US Rep. Warren Davidson (R-Troy), for example, in a Fox television interview at the CPAC conference confirmed that he is considering a bid for his state’s open US Senate race. He also said he is contemplating challenging Gov. Mike DeWine in next year’s Republican gubernatorial primary on the basis of the current incumbent’s COVID-19 shutdown policies.

Rep. Davidson said, "Gov. DeWine's approach has been overbearing. It has caused more harm than it needed to, a lot of collateral damage. And I wish he had taken more cues from Gov. DeSantis [of Florida]."

Florida is always an interesting and highly competitive political state. Next year’s midterm election cycle will likely be no exception to the pattern we’ve seen develop there since the 2000 presidential election.