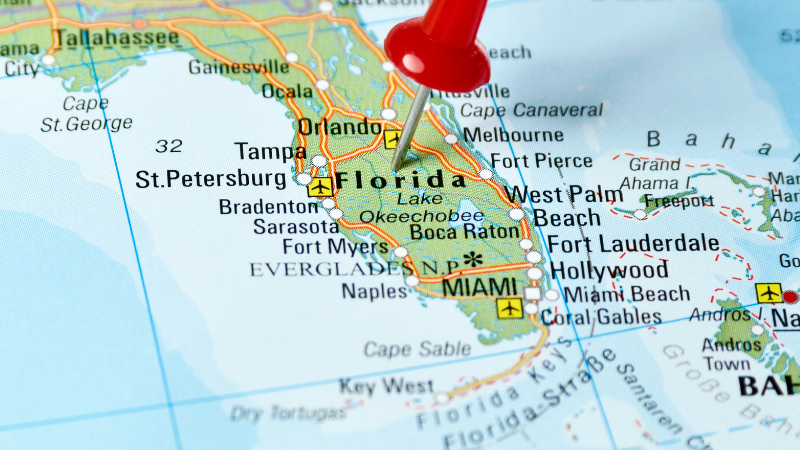 Florida Polling - What to Expect

Two pollsters released Florida ballot test data last week, and the combined results are a likely prelude of what we can expect from the vast multitude of survey research firms that will be testing the Sen. Marco Rubio* – Rep. Val Demings general election campaign in the coming year.

This was immediately countered by a St. Pete Polls survey conducted later in the month (8/16-17; 2,068 FL registered voters; online) that sees the race already dropping into a virtual dead heat, with Sen. Rubio only holding a two-point edge, 48-46%.

Florida polling history suggests we will see this type of divergent pattern among pollsters probably until the next election. In Sen. Rubio’s 2016 re-election race, for example, where he defeated then-Rep. Patrick Murphy (D) with an eight-point victory spread (52-44%), most of the pollsters were forecasting a much closer finish.

During the period from October 25th through election day 2016, eleven polls were released covering the Rubio-Murphy race according to the Real Clear Politics polling archives, and while all but one correctly predicted Sen. Rubio would win re-election, only five were within the correct final margin range. The others were forecasting a very close Rubio win of between a virtual tie and four percentage points.

Looking at the Biden-Trump 2020 Florida aggregate research studies tells a similar tale. Again, beginning with polling occurring from October 25th through the election, 19 Florida presidential ballot test polls were published. Only six of the 19 correctly predicted a Trump Florida victory and all of those were close to the final margin of 3.3 percentage points. One of the pollsters who called this race almost exactly was Susquehanna Polling & Research. St. Pete Polls missed, wrongly projecting a close Biden win.

Looking at the FiveThirtyEight statistical organization’s polling firms rating chart, Susquehanna and St. Pete Polls are at parity. Susquehanna rates as the 92nd firm of the top 100, while St. Pete finishes three slots behind them at number 95. Both receive an accuracy letter grade of B+.

The St. Pete Polls questionnaire dealt with the Senate race and tested a rerun race between President Joe Biden and Mr. Donald Trump. The poll found a virtual tie between the two with Mr. Biden edging his former opponent by the slightest of margins, 48.0 – 47.4%.

Here, Mr. DeSantis maintained a 52:43% positive to negative rating, which the Susquehanna analysis suggests is quite good considering the uptick in recent Florida COVID cases and the drumbeat of negative coverage the state has received.

In general election ballot test results, Gov. DeSantis would lead Rep. Crist, 46-43%, and opposite Ms. Fried, the DeSantis margin grows to 50-40%. In a Democratic primary test poll, Mr. Crist leads Ms. Fried, 38-27%, but the sample cell for this contest was only 245 respondents, thus the error factor is high.

Susquehanna also added an interesting twist, giving betting odds for the political races, and a link to where one can place a live bet on the campaigns. Sen. Rubio is a -500 favorite to win the 2022 campaign, meaning one must lay $500 to win a net $100, while an underdog Rep. Demings victory is rated at +300.

In the DeSantis-Crist contest, the Governor is the favorite at -138 as compared to Rep. Crist’s +100. Mr. DeSantis is a much bigger -400 favorite over Commissioner Fried, who ranks as an upset pick of +350.