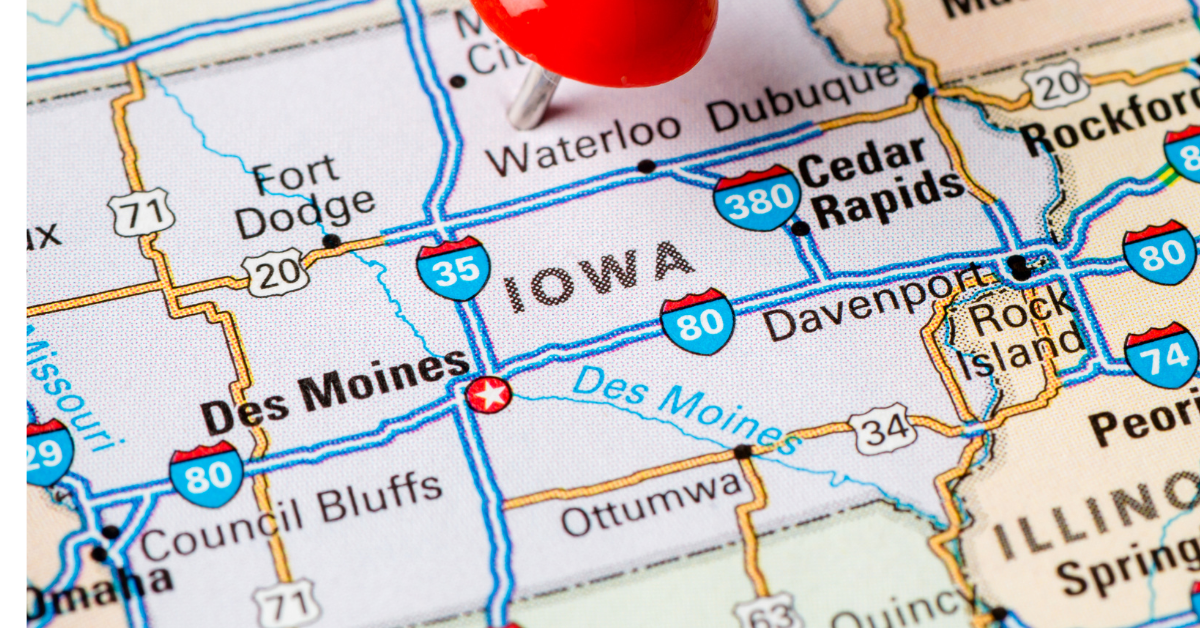 As things officially stand, Rita Hart, the Democratic nominee in the open IA-2 congressional district that occupies the southeastern part of the state, has lost to state Sen. Mariannette Miller-Meeks* (R-Ottumwa) by a grand total of six votes from more than 393,000 ballots cast, but the challenge process is apparently not over.

Though the state has certified the race, Ms. Hart is reportedly preparing to take the results directly to the House of Representatives, asking the House Administration Committee to investigate the counting process. Ultimately, the House itself has the power to seat all of its members. Normally, any individual possessing a duly authorized certificate of election from the state’s official election administrator, usually the Secretary of State, is seated. There is precedence, however, for denying duly elected candidates their seats.

Under Iowa election law and procedure, Ms. Hart had another way to challenge the results. Her campaign staff claims that certain ballots were not counted in the original or recount process, and there are enough, they say, to flip the final outcome in Ms. Hart’s direction.

In Iowa, such a disputed election goes to a judicial panel over which the state Supreme Court Chief Justice presides. In addition to the Chief Justice, the high court then chooses four other judges from around the state to comprise the special panel. In this case, the judges would have had to declare an official winner by December 8th in order to comply with Iowa law. The Hart campaign contended such was not adequate time to consider the ballot challenges, so they opted to petition the House itself.

If this situation extends past the commencement date of January 4th, a new committee will be constituted. Two of the members, Reps. Davis and Walker, are retiring and Ms. Fudge is reportedly being considered for a position in the Biden Administration.

The lopsided party division will certainly make the review process open to charges of partisanship, and comparisons will be made to the 1985 situation where Indiana Republican Rick McIntyre came to the House with a certificate of election in a similarly close outcome but was denied his seat. The House eventually accepted the count that led to incumbent Rep. Frank McCloskey (D-IN) being re-elected by four votes. This result led to a en masse Republican walkout in protest.

The NY-22 race is in a similar situation. There, former Congresswoman Claudia Tenney (R) leads freshman Rep. Anthony Brindisi (D-Utica) by a dozen votes. One county delivering a new reported vote total changed the Tenney 13 vote deficit into a similarly tenuous lead. There are reportedly slightly more than 800 contested ballots that are subject to challenge. Therefore, regardless of how this race ends, we could see it, too, headed to the House Admin Committee for a final resolution of what will obviously enough disputed ballots to affect the outcome.

Mariannette Miller-Meeks is a frequent candidate who was elected to the Iowa Senate in 2018. This is her fourth run for the US House seat. Rita Hart is a former two-term state Senator and was the 2018 Democratic nominee for Lt. Governor on the ticket with businessman Fred Hubbell (D) who fell to Gov. Kim Reynolds (R). The eventual winner will succeed seven-term Rep. David Loebsack (D-Iowa City) who is retiring.

Iowa’s 2nd District begins in the east with Iowa City, home to the University of Iowa, and then moves further east to the city of Davenport in the Quad Cities area. It then stretches down to the Missouri border capturing the cities of Burlington and Keokuk before moving west almost to the Des Moines metropolitan area. IA-2 is a politically marginal district that typically elects Democrats to the US House, but first voted for President Donald Trump in 2016 with a 49-45% margin and appears to have broken 51-47% in the President’s favor in this most recent election.