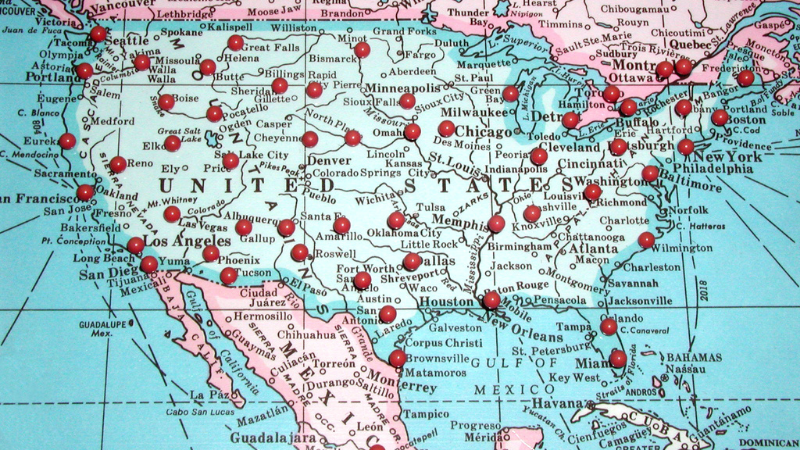 Maps to the Max

We’re beginning to see preliminary congressional redistricting plans appear around the country, and it seems both parties are attempting to draw maps to their maximum political advantage where possible.

We’ve seen the Democrats attempt to draw a 5D-1R map in Oregon. It appears on the surface that they may have succeeded, but at the very least, Rep. Kurt Schrader’s (D-Canby/Salem) 5th District looks to be highly competitive in the general election, so such a party division outcome is not yet a given.

Speculation coming from New York, Illinois, and New Mexico, suggest the Democrats will attempt to stretch their advantage in those states, the only ones they fully control for redistricting, to a risky maximum. Sources in New York indicate the Democratic leadership is attempting to craft a map that would convert five of the Republicans’ current eight seats in the state delegation to the Democrats.

In Illinois, the potential plan suggests the Democratic leadership will attempt to take the Republicans down to just three seats in the delegation from their current five. Illinois lost a seat in reapportionment, meaning the Land of Lincoln delegation will return to Washington with 17 instead of 18 members.

In New Mexico, plans have surfaced to attempt to draw the state’s lone Republican 2nd District into the Democratic column. This requires bringing the 2nd into the Albuquerque metro area for the first time since becoming a three-seat state.

While the aforementioned draws are possible, doing so could create enough politically marginal districts that the plans backfire at least to a degree.

Republicans look to be retaliating in the states that they control outright, meaning places that have not created a redistricting commission or where they don’t already control the maximum number of seats.

The first North Carolina plan was just released, and if passed, the Republicans could net three seats, gaining two when compared to the current plan, while the Democrats lose one. North Carolina is another of the states that is gaining a congressional district from national reapportionment.

The proposed map looks to make major changes and takes advantage of Rep. Ted Budd (R-Advance) leaving the delegation to run statewide for the Senate. This allows the GOP to effectively draw two new seats instead of one. Though the Democrats control the Governorship in the person of Roy Cooper, under North Carolina law the state chief executive has no role in redistricting. Therefore, if maps pass both houses of the state legislature, they are enacted. Republicans have significant majorities in both the state House and Senate.

The proposed map appears on the surface, without yet having the opportunity to delve deeply into the adjusted political numbers, to put the Republicans in position to take ten seats and the Democrats’ four. The current map, through various lawsuits that have peppered the state during the previous decade, yields eight Republicans and five Democrats.

Freshman Rep. Kathy Manning (D-Greensboro) would look to have a much different district that includes only part of her current home base in Guilford County, and all or parts of seven other counties that lie mostly in rural areas. The draw suggests Republicans would have a strong chance of at least making the new 6th District competitive if not converting the seat away from the Democrats, particularly if 2022 turns into a wave Republican year.

The newly awarded seat, District 14, is placed to the west of Charlotte, covering part of Mecklenburg County and then expanding westward to annex six rural counties mostly along the South Carolina border. The battle here will be in an open Republican primary, if this map becomes the final version or casts the footprint for the new seat.

Rep. Budd’s 13th District moves from the western part of the state to the east, and would occupy all or parts of nine mostly rural counties southeast of Raleigh. It is possible that former Rep. George Holding (R), who was displaced from his district in the final court imposed re-draw before the 2020 election, may have a new place from which to run. Regardless of who the eventual candidates may be, this new 13th District looks favorable for the GOP.

At this point, speculation reigns supreme in both the Democratic and Republican controlled states. The key places to watch for the 2021 re-mapping process are New York, Illinois, New Mexico, North Carolina, New Hampshire, Georgia, Florida, and perhaps Texas and Tennessee. It is these locations that will likely determine which party gains the upper hand in national redistricting.