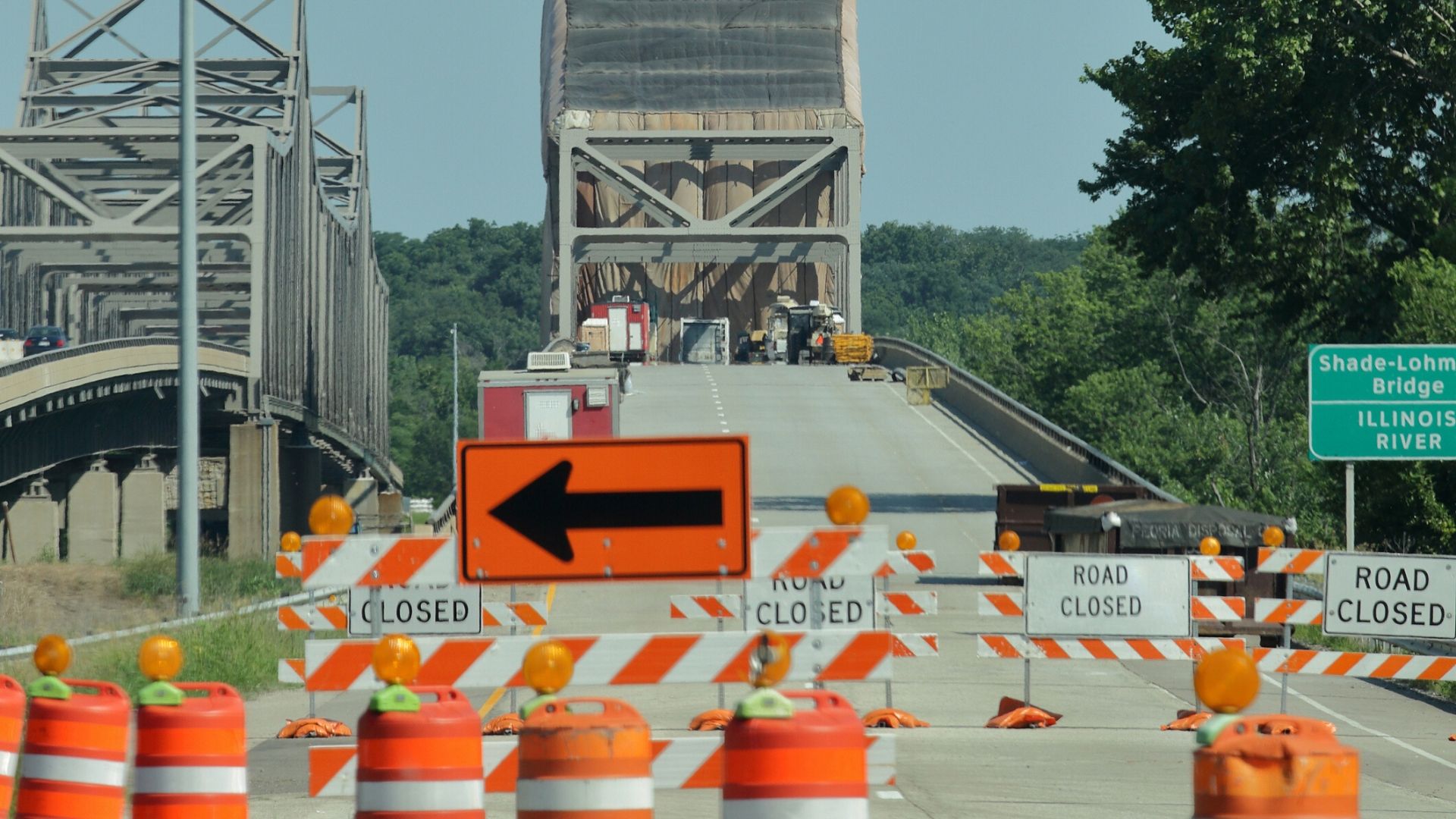 On Feb. 10, the Trump administration released its fiscal year (FY) 2021 budget request that includes an outline for a $1 trillion infrastructure proposal. The proposal is centered around two main components: 1) an $810 billion, 10-year reauthorization of surface transportation programs and 2) a new $190 billion investment across a variety of infrastructure categories, including water, broadband, and additional transportation programs such as bridge and transit repair.

The Administration did not include specifics for a legislative proposal on reauthorization of these programs but indicated that they intended to soon transmit further details to Congress. The request also did not include any recommendations for addressing the revenue shortfall in the Highway Trust Fund that would be necessary to fund increased highway investment levels, but pledged to work with Congress to identify new sources of revenue.

The proposed $190 billion in additional infrastructure investments for FY21 includes a significant amount of funding for surface transportation, along with other infrastructure categories, as follows:

Much like the surface transportation proposal, few specifics were offered as to how these programs would be authorized or funded. 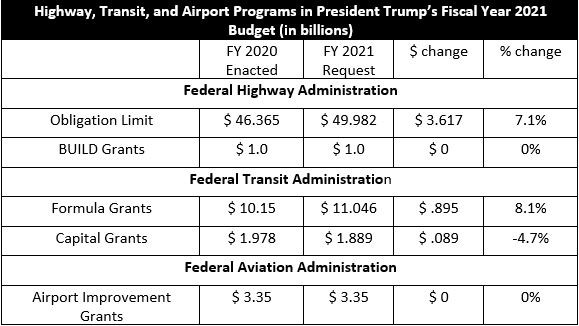