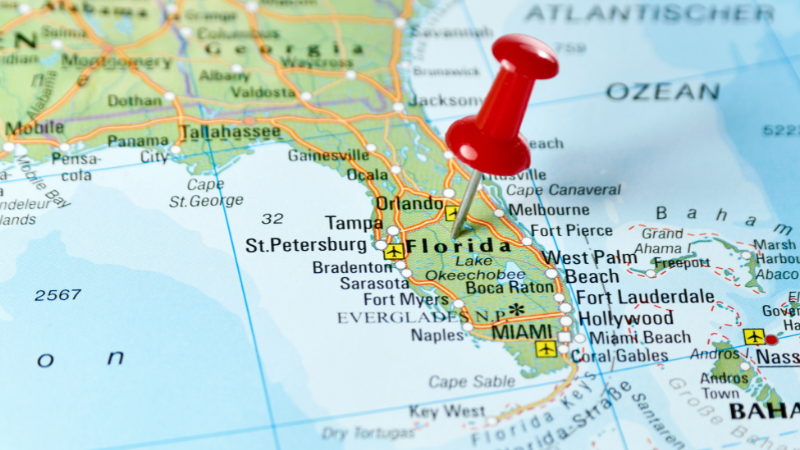 The Political Matrix/Listener Group released a US Senate survey that produced some data responses political observers haven’t seen in awhile.

This week, the organizations released their findings from testing Sen. Marco Rubio*’s (R) standing within the Florida electorate as he prepares to run for a third term. The Senator will likely face US Rep. Val Demings (D-Orlando) in the 2022 general election.

The Political Matrix Strategic Planning & Campaign Services organization often partners with the Listener Group to survey political campaigns. The Listener Group, which conducts the polls, is based in Pensacola, FL, and bills itself “…as the most accurate political and public policy polling firm in the Southeastern United States.”

Their current Florida poll was conducted on June 27th from the hours of 4pm to 8pm using an Interactive Voice Response system. Through this information gathering method, the firm questioned 681 Florida voters each of whom was classified to have “100% voting scores for the primary and general election cycles.” The respondents also professed preferences for the ballot test questions, therefore we see no undecided responses.

In segmenting the partisan cells, this poll seems to buck the “uber partisan” trends we have been seeing for the past few years. The respondents here appear open to supporting a candidate of the opposite party in a much higher degree than other pollsters have been reporting for quite some time.

On the ballot test, Sen. Rubio posts a strong 60.4 – 39.6% margin over Rep. Demings, a spread many analysts would believe is more robust than anticipated from a Florida electorate that routinely returns very tight polling and election results.

The unusual tabulations come from the partisan segmentation. Among Republicans, Sen. Rubio attracts 79.4% support while Rep. Demings takes a 20.6% share. Based upon other polls, Ms. Demings’ Republican vote of virtually 21% is often double the numbers we typically see, and have consistently seen, in other political contests around the country. The self-identified Republican sample cell enumerates to 262.

Even more stunning is Sen. Rubio’s standing among the sampled Sunshine State Democrats. The cell of 276 self-identified Dems breaks only 59.1 - 40.9% for Rep. Demings. Sen. Rubio’s 40.9% within this Democratic cell is one of the highest numbers recorded for an opposite party candidate certainly in the present election cycle, and likely within elections for most of the previous decade.

Among the 143 self-identified Independents, Sen. Rubio held a preference lead of 62.9 – 37.1%, a very good score but not as unusual for a multi-term incumbent this early in the campaign cycle.

Those the samples are small, any segmentation cell that numbers over 100 respondents is typically considered acceptable to monitor particular universes.

The pollsters also tested Gov. Ron DeSantis’ favorability index. Here, the Listener Group records a 52.4:35.3% favorable ratio for the Governor, while 57% of the sample participants believe that Florida is headed in the right direction as compared to 43% who do not.

Here, again, we see responses bucking the typical partisan trends. Among Democrats, for example, Mr. DeSantis scores a 24.3% very favorable rating, while another 9.4% score him as “favorable,” meaning that Listener found a full third of the Democrats holding a positive opinion of him. The Governor’s negative numbers reach 36.2% very unfavorable and 15.6% “unfavorable.” Still, among Democrats only, these results are better than expected.

It remains to be seen whether this poll proves an anomaly or is detecting the beginning of a possible new trend of openness from partisans in both Florida political parties. In any event, the two polls the Listener Group conducted finds the pair of major statewide Republican incumbents, Sen. Rubio and Gov. DeSantis, faring very well before this swing state electorate in the 2022 election cycle’s early phase.