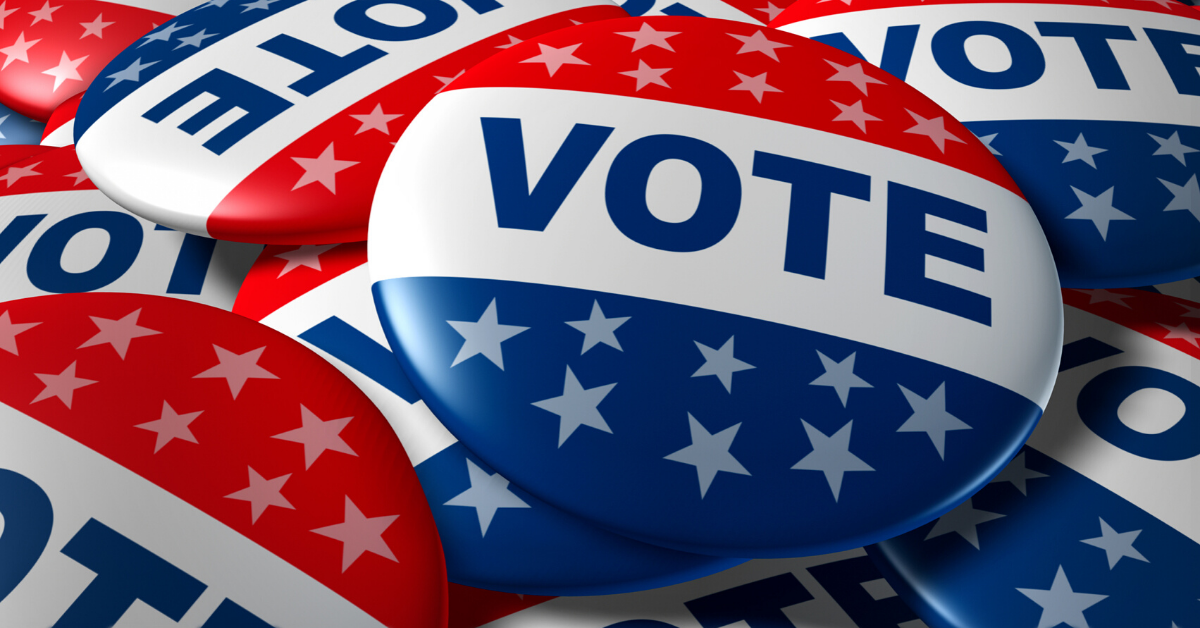 Snippets from Around the Country

Arizona Poll: In the middle of May, OH Predictive Insights (5/9-11; 600 AZ likely general election voters) released their Arizona statewide survey that received considerable attention in the political pundit community due to the Grand Canyon State’s importance in the presidential campaign. With its 11 electoral votes, Arizona is a must-win state for the Trump campaign. The OH poll found former Vice President Joe Biden leading 50-43%, his largest margin to date, but little in the way of analysis accompanied the poll release.

The May trend again suggests that Arizona, while moving closer to the ideological center as its population continues to rapidly expand, is a domain very much in play for both candidates as we begin the general election campaign in earnest.

North Carolina Polls: Three different pollsters report new presidential data coming from the critical state of North Carolina. Each project different margins, yet the cumulative conclusion is, not surprisingly, that the race languishes in toss-up mode.

Alabama: Apparently, former US Attorney General and Alabama Senator Jeff Sessions realizes he is not getting back in President Donald Trump’s good graces after the latter man reiterated his strong support for retired Auburn University head football coach Tommy Tuberville in the upcoming Republican Senate runoff election scheduled for July 14.

Mr. Sessions tweeted a response to President Trump that the law required his recusal from the Mueller investigation and that he (Trump) should be grateful the rule of law was preserved; action, Sessions contended, principally responsible for the President being exonerated in the Russia investigation.

Previously, Mr. Sessions was attempting to emphasize the positive aspects of his stormy relationship with the President, but that was clearly not translating into a rise in his polling numbers. According to the latest surveys, Mr. Tuberville still maintains a strong lead in the runoff election. The winner faces Sen. Doug Jones (D) in the Fall.

Georgia: The postponed Georgia primary is scheduled for this coming Tuesday, and a new Cygnal poll finds former congressional candidate Jon Ossoff knocking on the door of a majority win in the Democratic primary. According to the survey (5/28-30; 510 GA likely Democratic primary voters), Mr. Ossoff leads former Columbus Mayor Teresa Tomlinson, 49-16%, with the remaining five candidates splitting the small remainder of votes.

Landmark Communications, polling for WSB-TV in Atlanta (6/1; 500 GA likely Democratic primary voters), sees a different mix finding Mr. Ossoff capturing only 42% support, far below the 50% necessary to clinch the nomination. Ms. Tomlinson is second with 14%, while 2018 Lt. Governor nominee Sarah Riggs Amico records only 9% support. If a candidate receives 50% plus one vote on Tuesday, the individual is nominated. If not, a run-off between the top two finishers will be held August 11.

There is no question that Ms. Gideon will be the Democratic nominee, so the data pairing Ms. Sweet with Sen. Collins is largely irrelevant. The idea that Sen. Collins is behind has become a recent pattern in recently released research, but whether such a trend holds for the long term remains to be seen.

Even in the poll analysis, however, the point is made that Sen. Graham is lagging a bit with Trump Republicans, a group in which he should be able to recover support. While the President maintains a ten-point advantage over Joe Biden within the overall sampling universe and has a 93% loyalty factor among Republicans, Sen. Graham commands only 78% support from the same partisan cell segment.

Perhaps Sen. Graham’s biggest negative, according to this poll, are his unfavorable approval ratings. His index is a poor 35:56% favorable to unfavorable, similar to former Vice President Biden’s 35:59%. Conversely, Sen. Tim Scott (R-SC) scores 48:30%, President Trump records a 51:47% ratio, and former UN Ambassador and ex-South Carolina Governor Nikki Haley (R) posts a 56:33% approval ratio. While the turnout model favors Sen. Graham in the general election, it is clear that this race is becoming more competitive.

Wyoming: Candidate filing in Wyoming is complete in anticipation of the state’s August 18 primary election. Former US Rep. Cynthia Lummis (R) looks well positioned to capture the open GOP Senate nomination, which should be tantamount to election in November. The ten-candidate field actually features two candidates living in other states, one in Arizona and the other in Pennsylvania. The only sitting elected official competing is Converse County Commissioner Bob Short. Former County Court Judge John Holtz is also a contender.

KS-2: For months, state Treasurer Jake LaTurner has been challenging freshman Rep. Steve Watkins* (R-Topeka) in the Republican primary. Just as the candidate filing deadline was expiring a surprise candidate joined the race. Former Kansas Department of Administration director and previous congressional candidate (1982) Dennis Taylor is now the third candidate in the race. Rep. Watkins is vulnerable in this primary, and the addition of Mr. Taylor could actually help him win re-nomination with just a plurality.

NY-15: A surprising poll was released regarding the crowded open seat primary to replace retiring New York Rep. Jose Serrano (D-Bronx). Data for Progress just released a survey taken in late May (5/21-24; 323 likely NY-15 Democratic primary voters) that finds the most conservative of the dozen candidates vying for the Democratic nomination leading the pack of candidates in what is the most anti-Trump district in the country (Trump: ’16: 4.9%).

NY-16: A pair of Rep. Eliot Engel’s (D-Bronx) Democratic primary opponents have joined forces. Middle School principal Jamaal Bowman appears to be the 16-term incumbent’s top opponent, and now educator Andom Ghebreghiorgis has ended his campaign and endorsed Mr. Bowman. The 16th District is heavily Democratic (Clinton ’16: 75-22%) so the victor in the June 23 primary wins the general election. Republicans did not even file a candidate.

The Congressman also made a mistake that could make this contest more interesting. In arguing that he should be allowed to speak before a Bronx Borough news conference regarding civil unrest, Rep. Engel was caught on tape saying, “if I didn’t have a primary, I wouldn’t care” after the meeting leaders indicated they could not fit him onto the agenda.

TX-4: President Trump’s nomination of former Texas Congressman John Ratcliffe (R-Heath/ Rockwall) as Director of US Intelligence has led to a 4th Congressional District Republican Party convention gathering in early August to choose a replacement general election nominee. The convention winner advances into the general election and then will take the seat in the next Congress. Texas Gov. Greg Abbott (R) has already announced that he will not call a special election to fill the balance of the current term.

The district convention, scheduled for August 8 as previously reported, will only feature 158 voting precinct chairs from throughout the district’s 16 whole and two partial counties. Candidates will be nominated at the convention, so there is no filing period. Therefore, various individuals announcing their candidacies carries no particular significance other than to inform the precinct chairmen they want to be considered for nomination. Additionally, the 158-voting number is set because a quirk in the party rules won’t allow the many vacant precinct slots to be filled prior to the vote.

Apparently, Democrats are weighing the option of filing a lawsuit to declare the convention process unconstitutional under US law or the state of Texas. Doing so, and if successful, could mean the Republican Party would have no avenue of replacing Mr. Ratcliffe for the general election, meaning Democratic nominee Russell Foster, chosen in the March 3 regular primary election vote, would face only Libertarian Party candidate Lou Antonelli in what is a 75% Trump district. Much remains to occur here before we see who emerges as Mr. Ratcliffe’s successor.

TX-23: National Republicans appear to be already conceding the district that stretches from San Antonio all the way to El Paso, but a new Remington Research poll may change minds, particularly if other non-public data is producing similar results.

According to RR (5/19-20; 669 TX-23 likely general election voters) Gina Ortiz Jones (D) records only a 45-43% lead over retired Navy non-commissioned officer Tony Gonzales* (R). Such a spread is consistent with this district’s voting history. At the present time, Mr. Gonzales is locked into a Republican runoff that won’t be decided until July 14, which is another negative for the GOP though he is heavily favored to win the secondary election. It remains to be seen if this race becomes targeted.

UT-4: Y2 Analytics, polling for the Utah Policy Center and KUTV Channel 2, finds former NFL football player and Utah businessman Burgess Owens leading the Republican field for the June 30 primary election. The poll, however, has a high error rate of over 8% because the sample segment, 148 likely Republican primary voters drawn from a statewide general election sample of 1,099 Utah likely voters, is extremely small.

A BK Strategies survey (5/20-21; 600 IN likely general election voters) released right before the primary finds Gov. Holcomb, boasting a 79:15% favorable to unfavorable rating, and jumping off to a 43-point lead over Mr. Myers, who is virtually unknown to the statewide electorate. According to the BK Strategies results, Gov. Holcomb enjoys a 64-21% lead with only 18% saying they know enough about Mr. Myers to form an opinion.

West Virginia: A Triton Polling and Research survey (5/18-26; 719 WV likely Republican primary voters) produces good news for West Virginia Gov. Jim Justice, seeking re-election to a second term, but in his first run as a Republican. Mr. Justice was elected in 2016 as a Democrat but switched parties a year later. The primary ballot test reports Gov. Justice pulling 53% support in anticipation of the June 9 primary as compared to ex-state Delegate Mike Folk at 15%, and former WV Commerce Department Secretary Woody Thrasher, who is running an active campaign and advertising on television, posting only 14% preference.

Utah: Pollster Scott Rasmussen conducted a survey for the Utah Deseret News (5/25-31; 494 UT likely Republican primary voters) and projects the race to replace retiring Gov. Gary Herbert (R) getting closer. The new data finds Lt. Gov. Spencer Cox maintaining the Republican primary lead, but his margin has now shrunk to 30-23% over former Governor and US Ambassador Jon Huntsman, while former state House Speaker Greg Hughes is gaining significant momentum. The latter man has risen from low single digits to 19% and has a chance to force a three-way race for the June 30 primary.

Vermont: Candidate filing closed in Vermont, and Republican Gov. Phil Scott has jumped out to a major lead according to a new We Ask America survey (6/2-3; 500 VT likely general election voters). The results find the two-term Governor holding a 60-25% margin over Lt. Gov. David Zuckerman (D) and a 62-20% margin over former state Education Secretary Rebecca Holcombe if she were to win the August 11 Democratic primary. Gov. Scott also posts an 82% job approval rating with a right track/wrong track ratio of 56:24% positive.

* denotes that the candidate has received an AGC PAC contribution this election cycle.