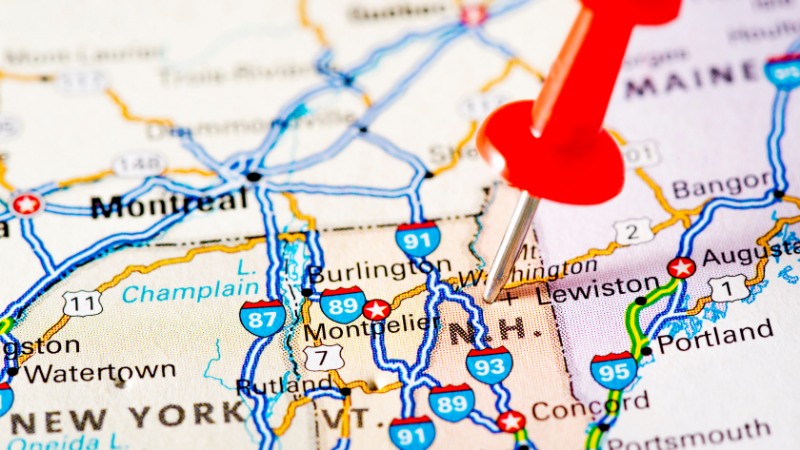 The Governor had been the Republicans’ top recruitment prospect to challenge vulnerable Democratic Sen. Maggie Hassan, but the three-term state chief executive has chosen to eschew a tough Senate challenge and will instead run for a fourth gubernatorial term.

Though Mr. Sununu, like his father before him, has been elected three times as Governor, he is still only in his fifth year of service. New Hampshire and Vermont are the only states that have two-year gubernatorial terms. In fact, for a 146-year period, no one had served more than one term as the state’s top office holder. The only Governor in New Hampshire history to serve four terms is Democrat John Lynch, who was in office from 2005-2013.

Gov. Sununu’s decision certainly changes the New Hampshire political landscape and will cause potential candidates to begin assessing their chances both in a Senate race against Ms. Hassan and as a gubernatorial contender opposite Mr. Sununu. Attention now may turn to two-term US Rep. Chris Pappas (D-Manchester).

The Republicans, with trifecta control of the New Hampshire political system in that they hold the Governor’s office and have majorities in both houses of the legislature, are looking to change the marginal 1st Congressional District, the seat that has defeated more incumbents than any CD in the country since 2004, into a Republican domain. Doing so would concede the politically marginal 2nd District to incumbent Democratic Rep. Annie Kuster (D-Hopkinton/Concord).

Mr. Pappas, aware that a significant change in his district could make him an underdog for re-election, was likely headed into an open Governor’s race if Mr. Sununu decided to run for Senate. Now that he would have to take on a popular incumbent, his next political move may be less clear.

Turning back to the Senate picture, incumbent Hassan remains as the most vulnerable Democrat seeking re-election in 2022, so where do Republicans go now? Looking at the crowded 1st District race, two contenders stand out as potential statewide candidates.

Gail Huff Brown, a long time New England television news reporter, is the wife of former Massachusetts Senator Scott Brown, and she has already announced her congressional candidacy. Former Senator Brown, himself, would also be a possibility since he has already run for the Senate once in New Hampshire. Matt Mowers is the 2020 1st District nominee who held Rep. Pappas to a 51-46% re-election victory. He, too, is an announced congressional candidate but it appears possible that at least one of the aforementioned could instead enter the Senate race.

Another person thought to be testing the political waters is former Senator Kelly Ayotte (R), who lost her seat to Ms. Hassan by less than a percentage point in 2016. She had reportedly been considering a run for Governor assuming Mr. Sununu would enter the Senate race. A spokesperson for Ms. Ayotte said after the Governor’s announcement, however, that she has no plans to run for any office in 2022.

Retired Army General Don Bolduc (R) ran for the Senate in 2020 but failed to win the GOP primary. He is back in the 2022 race, but appears as a better political candidate on paper than in practice. He proved to be a poor fundraiser who failed to slip past businessman Corky Messner in the Senate Republican primary. Mr. Messner would go onto lose 57-41% to Sen. Jeanne Shaheen (D) in the 2020 general election.

Though one question about the New Hampshire Senate race has now been answered, a slew of new ones will be asked. The Granite State has a long primary season, so much time remains for candidates to make decisions before the September 13th primary and June 10th candidate filing deadline. Gov. Sununu making an earlier than expected announcement gives people more time to put their own political houses in order.

Interestingly, while the Governor decided against running for the Senate, he also intimated that he is not opposed to serving in Washington, just not in the legislative branch. Therefore, he dropped a broad hint that he is considering entering the 2024 presidential political sweepstakes. Much more is to come from New Hampshire before the state’s many important political equations are solved.