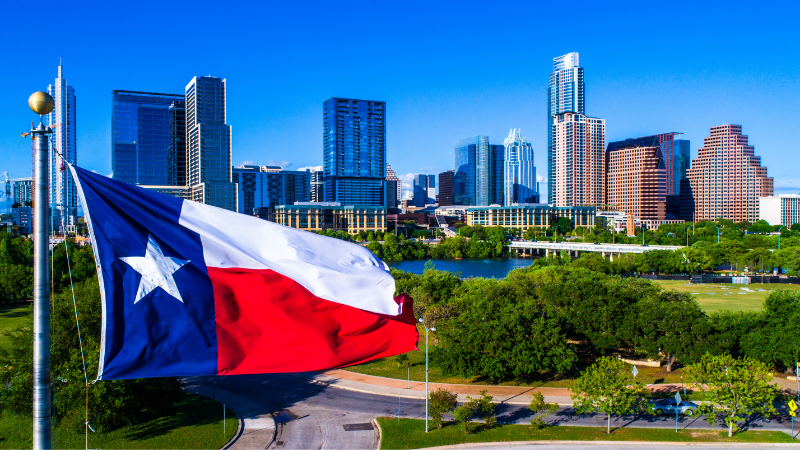 The Texas congressional map was unveiled in the state Senate last week, and already many incumbents and challengers are making or announcing political plans based upon what they are seeing…but this congressional plan is a long way from enactment.

In the past few days we have seen Rep. Vicente Gonzalez (D-McAllen) concede that he would consider moving to run in the open 34th District, which is due east of his own 15th CD and anchored in the city of Brownsville. Rep. Filemon Vela (D-Brownsville) is not seeking re-election to a sixth term, and he reportedly is favorable toward Mr. Gonzalez coming into his district.

The 34th remains solidly Democratic under the Senate introduced congressional map, but the 15th, already trending more Republican than in past elections, would actually have favored former President Trump by three percentage points under the proposed boundaries. Thus, Republicans would have a strong chance of winning here in an open seat race.

The 2020 GOP nominee, Monica de la Cruz-Hernandez, who held Rep. Gonzalez to a 50-48% re-election victory while spending barely over $400,000, has announced she is running again and House Republican Leader Kevin McCarthy (R-CA) has already endorsed her for the 2022 race.

Mr. Gonzalez is not the only one working on his next political move. Wesley Hunt (R), who lost 51-47% to Rep. Lizzie Fletcher (D-Houston) in 2020, said months ago that he would run for the House again, but was mum on exactly where he would land in hopes that one of the new seats would fall into his area. Under this proposed map, the new 38th District does encompass part of the current Fletcher district, and it is highly favorable to an eventual Republican nominee.

For her part, Rep. Fletcher gets a much stronger Democratic district in southern Harris County and now into Ft. Bend County, which is one of the fastest growing regions in the state.  Reports also suggest that Mr. Hunt has over $1 million in his campaign account at the reporting period ending September 30th despite not previously declaring where he would run. He announced last week that he has chosen District 38 if this new map becomes law.

Late last week, Republican businessman and retired Air Force officer Steve Fowler announced his congressional candidacy in the 28th District, Rep. Henry Cuellar*’s (D-Laredo) seat that begins in San Antonio and spans to the Mexican border. Earlier this year, Jessica Cisneros, who held Mr. Cuellar to a 52-48% Democratic primary win in 2020, announced she is returning for a re-match.

Rep. Lloyd Doggett (D-Austin) will also have a decision to make. The new 37th District is wholly contained within Travis County and safely Democratic. He could easily run in this seat, thus leaving his 35th CD that is co-anchored in Austin and San Antonio for a Hispanic Democrat to likely win.

Decisions based upon this proposed map may be premature, however. The redistricting process is bogged down in the state House of Representatives, with the leadership and members indicating they will not pass a congressional, state Senate, or State Board of Education map until they pass their own state House plan. Contentious waters are ahead for the state Representatives to navigate before agreeing upon a final redistricting map for their own body.

The Texas House features 82 Republicans and 66 Democrats with two Democratic vacancies, giving the GOP a temporary cushion of eight votes from the bare majority of 75 members. Though the body has a Republican Speaker, Rep. Dade Phelan (R-Beaumont), he was largely elected through a coalition comprised mainly of a united Democratic caucus. Therefore, the Democrats will have an inordinate amount of power on the redistricting legislation based upon their 66-member standing within the House.

It is clear the Democrats plan to vote as a block against all redistricting maps in hopes that a deadlock will occur, thus forcing the process into the courts to draw interim 2022 maps. The Democrats believe they will fare better from a three-judge panel than the GOP legislature and Gov. Greg Abbott (R).

Currently, the legislature is in special session, but Speaker Phelan has already said they will not complete redistricting before it ends. Therefore, Gov. Abbott will call another. The Governor has the power to call an unlimited number of 30-day special sessions. He also has the authority to adjourn them before the 30 days expire. Additionally, Texas has no regular legislative session in 2022.

So far, the Democrats have not made a move to break the quorum as they did earlier in the year when they flew to Washington in order to stop the voter identification legislation, but re-visiting such would be another delaying tactic at their disposal.

A further problem is the political clock and the state’s early nomination calendar. The March 1st primary and December 13th candidate filing deadline increases the pressure on the legislature, and makes it more difficult for the Republicans to gain enough votes to pass their state House map.

An option to allow more time for redistricting since the process was significantly shortened because the Census Bureau delayed in, getting the states their data for a number of months, is to postpone the primary and runoff calendar to dates later in the year.

While speculation continues around who will run where under the published congressional map, all of the preliminary moves we now see could be for naught unless the state Republican power structure soon prevails on the redistricting legislation.