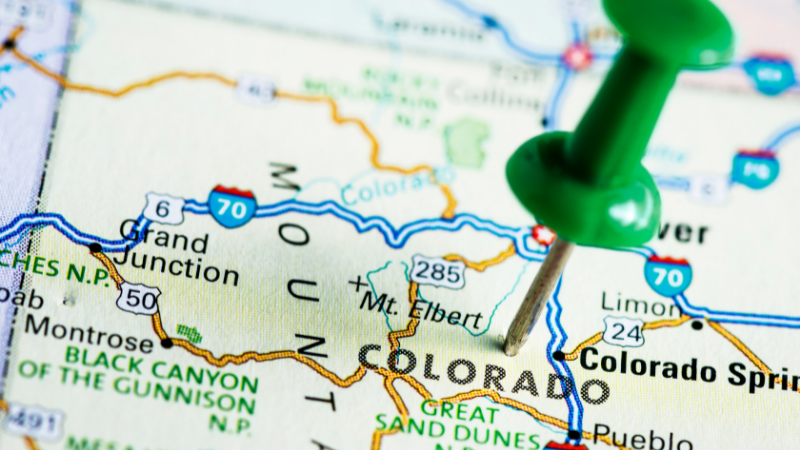 After a round of public redistricting hearings, the staff for the Colorado Independent Redistricting Commission released the second iteration of the state’s new 8-seat congressional map.

The Centennial State gained one seat in national reapportionment. The second map differs significantly from the first Commission draw, but the partisan outcome may be similar. The biggest differences affect Rep. Lauren Boebert’s (R-Silt) 3rd District, which becomes the contiguous southern seat for which many people were calling in the public hearings. Though her home would be placed in Rep. Joe Neguse’s (D-Boulder) 2nd District, all seven current incumbent members would have a place to run.

Rep. Neguse’s 2nd District has already drawn criticism for pairing the college town of Boulder with a rural western slope constituency that would stretch all the way to Utah. The traditional Colorado western slope rural district included all of the state’s western sector and stretched from Wyoming to New Mexico.

Despite the unusual draw, Rep. Neguse would have a safe Democratic seat. Rep. Boebert would have a district that would stretch beyond the Democratic city of Pueblo, which she currently represents, but this new 3rd District iteration would only be slightly more Democratic than her current domain.

According to the accompanying electoral statistical chart that the Commission supplied, all Republican candidates carried the Third in the chosen eight benchmark races from 2016, ’18, and ‘20. Curiously, the Commission staff did not include the 2020 presidential contest among the considered races though they did include the landslide 2020 US Senate result.

The other member who would have a similar district to that of Rep. Boebert, but from a partisan Democratic perspective, is 7th District Rep. Ed Perlmutter (D-Arvada). Here, Mr. Perlmutter would find himself in a relatively competitive seat that in a bad year for his party could flip. The cumulative election result gives the Democrats a 5.2% margin, similar to Boebert’s 5.5% Republican tilt in her 3rd District. The party registration numbers, however, give the Democrats only a 1.3% advantage.

The new 8th District sits in similar proximity to where it did in the first Commission map, beginning north of Denver and moving slightly northeast. This 8th CD, however, is much more competitive than in the first iteration. The cumulative election total gives the Democrats only a 1.5% margin, and Republicans carried the seat in two of the sampled benchmark elections. In voter registration, the Democrats would have a relatively slight 2.5% edge. Therefore, Colorado’s new seat is a potentially swing district that could seesaw between the two parties depending upon the either the national or state voting trend in a particular election year.

For their part, Reps. Diana DeGette (D-Denver), Ken Buck (R-Windsor), Doug Lamborn* (R-Colorado Springs), and Jason Crow (D-Aurora) would all draw safe seats and lie in similar configuration to their current CD boundaries. The one district in this group seeing the biggest change is Rep. Buck’s eastern Colorado 4th CD because he had the most people to shed from the current seven CDs, almost 150,000 residents. Mr. Buck, however, would maintain a safe Republican seat.

One analysis suggested that this map yields three Democratic districts, three Republicans, with two swing seats. Our analysis believes a 4D-3R clip with one swing CD might prove more accurate over the course of the ensuing decade.

The Colorado redistricting deadlines mandate that the Commission send to the state Supreme Court congressional and state legislative maps no later than September 28th. If no map draws a required super majority of 8 votes from the 12 Independent Commission members, then the Commission staff would submit their final map to the high court. The laws further mandate that the state Supreme Court must approve the final maps by December 15th.

A new round of public hearings on the staff map will commence, so the new drawing process has a short duration. Colorado may be the first to complete its 2021 redistricting work during within this current decennial based upon their aggressive published timeline.