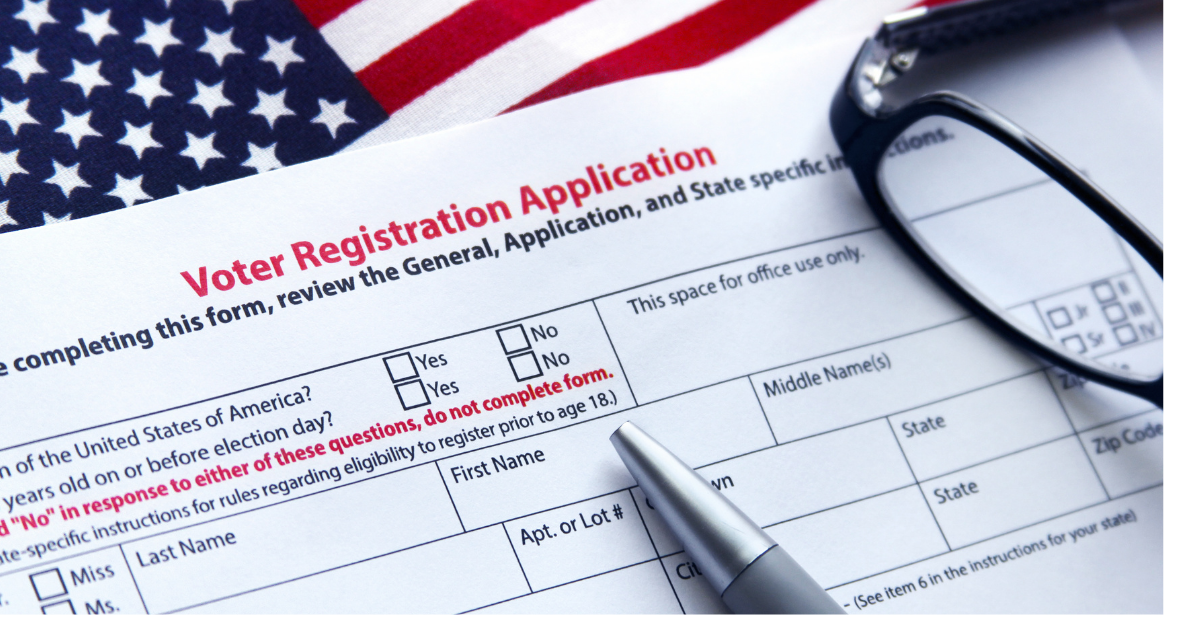 Examining the burgeoning early voting numbers and looking at which party has gained an advantage in voter registration in key battleground states, we see that patterns are beginning to form.

Determining partisan preference in a pre-election context tends to be state specific. In 19 of the 50 states, voters do not even register by party. Today, we winnow the number of states to a specific group in order to study battleground party registration and early voting performance as compared to the previous presidential election (2016).

The states that meet the aforementioned parameters are Arizona, Florida, Iowa, Maine, North Carolina, and Pennsylvania.

First, voter registration. Each of the two major parties has the voter registration momentum in three of the chosen six states. This could mean an increase in the partisan vote at the polls. Democrats outpaced Republican registration in both Arizona and Iowa, posting a net edge of just under 18,000 more new party members in the Grand Canyon State, which is yet another clue that Arizona is changing politically, and Iowa, where Democrats notched a 20,000 person advantage on new voter registration.

Additionally, the Democrats further increased their advantage in Maine, to post a 37,000+ registrant advantage in the Pine Tree State. This clearly could make a difference in the tight Senate race between veteran incumbent Susan Collins* (R) and state House Speaker Sara Gideon (D-Freeport).

Republicans, on the other hand, didn’t overtake the Democrats in North Carolina or Pennsylvania, but they have lessened their registration deficit, which could be equally important in terms of winning major elections such as the North Carolina Senate race, and helping President Trump prevail in all-important Pennsylvania.

With North Carolina Republicans gaining over 128,000+ new registrants in the state and Democrats surprisingly losing over 117,000 party members, many of the latter are presumed to be joining one of the left-of-center minor parties or, more likely, becoming an unaffiliated voter. The partisan registration ups and downs mean the Republicans gained a 246,000-person net advantage in the Tar Heel State.

Where the departing Democrats went is not completely obvious, but a good bet is toward the unaffiliated column. During the same four-year period, the non-affiliated numbers expanded by over 400,000 voters, more than double the Republican gain of 128,000 and obviously way beyond the Democrats, who saw a substantial reduction in membership.

A similar situation occurred in Pennsylvania, where Republicans netted a gain of over 123,000 members, again because the Democrats downsized by almost 125,000 registrants while Republicans would lose only 10,000+.

In Florida, the Republicans also cut into the Democrats’ registration advantage by a net 153,000 voters, thus cutting the statewide deficit to just under 184,000 individuals. In a place that routinely features very close political campaigns, such a change could make a major difference and likely contributed to the razor thin 2018 victories for Sen. Rick Scott (R) and Gov. Ron DeSantis (R).

Early voting continues to provide interesting data points, as we learn more from further reports coming into the public domain. According to the TargetSmart website that tracks all of the early vote statistical data, we have already seen two states in our group of six that have reached 80% turnout of the total number voting in the 2016 presidential election. The two are Arizona and North Carolina. Florida is close behind with just under 72% of their total 2016 voting universe already casting 2020 ballots.

To put these participation percentages in perspective, while 80.1% of the total 2016 Arizona turnout is already present, the commensurate early vote figure was just under 57% of the total from four years ago. North Carolina, also at 80.1% of its 2016 total vote, saw just over 54% voting early in the previous presidential election. While Florida is reaching 72% of their total ’16 turnout, four years ago the pre-election voting accounted for over 55% of their eventual total vote.

On the low end of the spectrum is Pennsylvania. Though only at 32% of their 2016 turnout, the number still represents a ten-fold improvement over the 3% early vote participation level they recorded during the 2016 election.

Both parties are obviously seeing huge increases in early voting turnout across the board. Democrats have a major advantage in both Pennsylvania and Maine, and Republicans have a stronger increase in Florida, Iowa, and North Carolina.

The huge early turnout is an indication that we could be headed for the record overall turnout that many analysts have been predicting. Since we are clearly venturing into unchartered territory, it is difficult to predict just how large the total 2020 voting universe becomes, however.