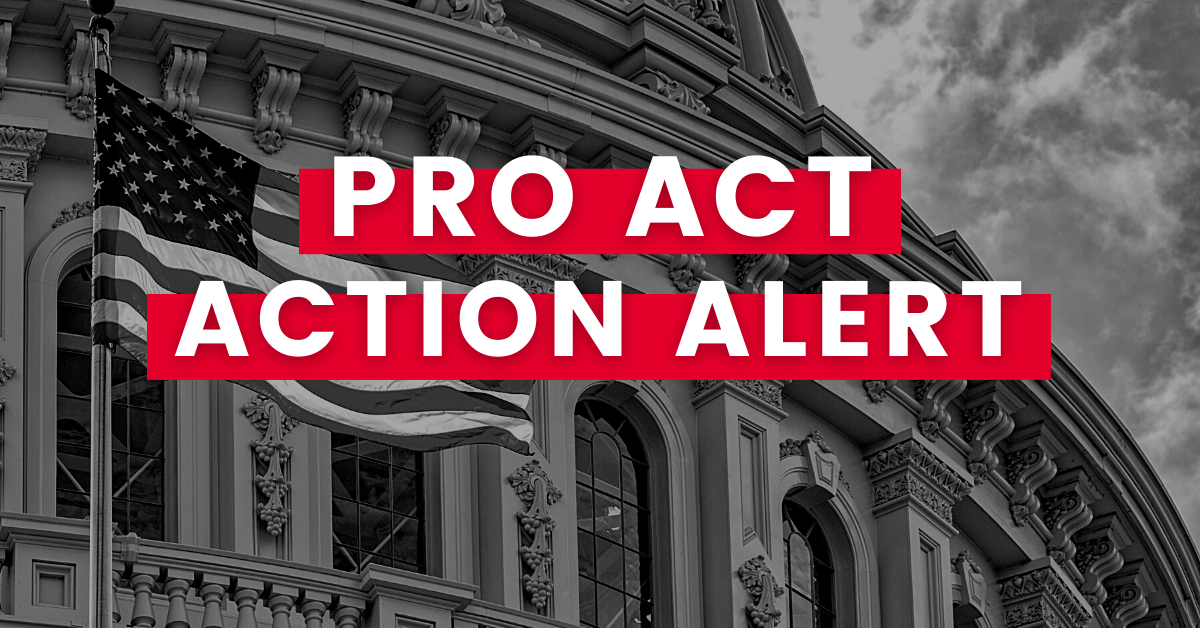 The PRO Act would provide unions with additional and significant economic weapons without regard to their detrimental impact on a construction worker’s right to free choice and privacy and a construction firm’s ability to manage its operations regardless of whether it is a union or open shop firm.

The U.S. House of Representatives passed the PRO Act on March 9, 2021. Further legislative action rests with the Senate, where 47 Democrats have already pledged their support to pass measure. Senate Democratic leaders are considering, and the AFL-CIO has endorsed, eliminating the filibuster—which requires 60 votes to pass legislation. If it’s eliminated or “reformed,” Senate Democrats will pass the PRO Act, Vice President Harris will break the 50-50 tie, and President Biden will sign it into law as he has promised to do.

Among the PRO Act provisions, it would:

Please visit agc.org/PROAct for additional information and resources on the measure.