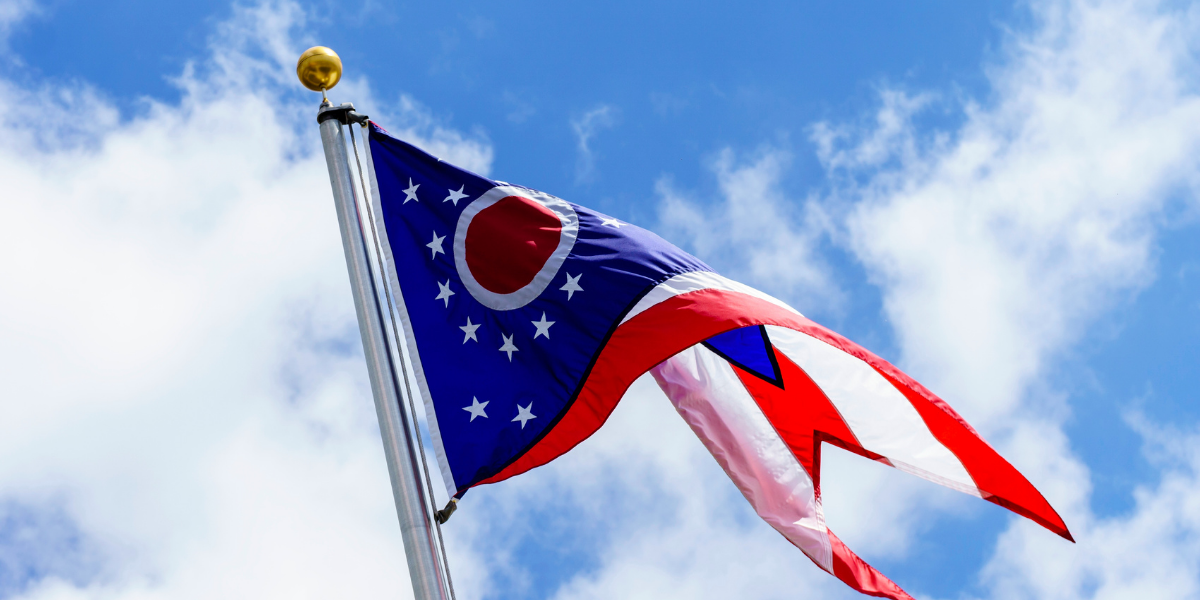 In an interview with the Spectrum News Service, Rep. Ryan said, “we’ll make a decision here, I guess, in the coming weeks. I don’t think a March kickoff is going to happen.”

Such equivocation has seemingly been the Congressman’s standard operating procedure over the years. Several times before he has been looking seriously at races for the US Senate, Governor, and even Lt. Governor, but has always retreated to the relative safety of his House seat.

He did briefly campaign for President in 2020 but dropped out of the race when it was obvious his message was falling on deaf ears, exiting in plenty of time to meet the Ohio candidate filing deadline. Last November, Rep. Ryan went onto win a more competitive House race than he normally sees, defeating former state Representative Christina Hagan (R), 52-45%.

Going back to the House race, if that’s what Rep. Ryan ultimately decides, may look different in 2022. If redistricting actually happens, considering all of the Census Bureau delays, Ohio faces the loss of another congressional seat in reapportionment, and it may well be Mr. Ryan’s.

His current 13th District stretches from the Pennsylvania border, encompasses Youngstown and the Congressman’s hometown of Warren, and then captures a large part of the Akron metropolitan area. From preliminary census reports, it appears OH-13 will require an influx of more than 75,000 people once the final numbers are calculated. The Ryan district looks to rank 13th in population of the 16 Ohio congressional districts.

Perhaps a bigger problem for the ten-term incumbent, and what makes his 13th District vulnerable to collapse, is the adjacent 11th District that houses the western side of Akron in Summit County, is the least populated seat in Ohio and will need to gain as many as 100,000 individuals.

Therefore, collapsing the 13th District portion of Akron into the 11th in order to keep the city and at least most of the county together would be a sensible draw, thus leaving Rep. Ryan’s eastern district sector as a standing fragment. Since Districts 14 to the north, 6 and 7 to the south, and 16 to the west will all require more population, eliminating District 13 becomes a plausible option.

Another key factor is that Republicans will again control the Ohio redistricting pen making the aforementioned scenario even more likely. It is also a salient move because keeping District 11 as a majority minority seat is a virtual necessity when anticipating inevitable court proceedings.

Additionally, Rep. Ryan not entering the Senate race also brings ramifications for the Ohio Democratic establishment. With the state trending more Republican even while much of the nation moves toward the Democrats, Mr. Ryan’s appeal to the middle class union sector as opposed to the far left is likely to be well received.

Though his platform didn’t carry him far in the presidential race because he was facing mostly ideological primary voters, an Ohio general electorate would prove a much more favorable venue for the Ryan message. Without him in the statewide race, the Ohio Democrats appear to have a paucity of prospective candidates.

The party has only four US House members in the 16-member delegation, and one of them, Columbus Rep. Joyce Beatty, has already publicly stated that she will not run for the Senate.

Another, the 11th District’s Marcia Fudge (D-Cleveland), will soon be leaving the House upon her winning confirmation as Secretary of Housing and Urban Development in the Biden Administration. That means CD 11 will soon be in special election mode and produce a freshman member who is not so likely to quickly risk his or her new seat to enter a tough, underdog US Senate race.

The remaining Democratic US Representative, Marcy Kaptur (D-Toledo), has been in the House since 1983, is the body’s fifth-most senior member and second longest-serving Democrat. It is highly unlikely that she would risk so many years of seniority to embark upon a risky Senate campaign only to begin again at age 76 as a freshman lawmaker.

Therefore, with only outgoing Dayton Mayor Nan Whaley as a Democratic elected official making early moves to run statewide, the Democratic prospects do not appear bright. In 2018, Ms. Whaley was briefly a gubernatorial candidate but withdrew when Consumer Financial Protection Bureau executive director Richard Cordray, a former Ohio Attorney General, returned to the state as the party leaders’ candidate for Governor. Mr. Cordray, despite being cast as the favorite in the general election, lost 50-47% to current Gov. Mike DeWine (R).

While Mr. Ryan has not necessarily pulled back his Senate aspirations, he is far more circumspect about his next political move than he was last month. Should he choose to remain in the House and his congressional district escape collapse, the Ohio Democrats might lose a key prospective candidate with the ability to put next year’s open Senate race in play.